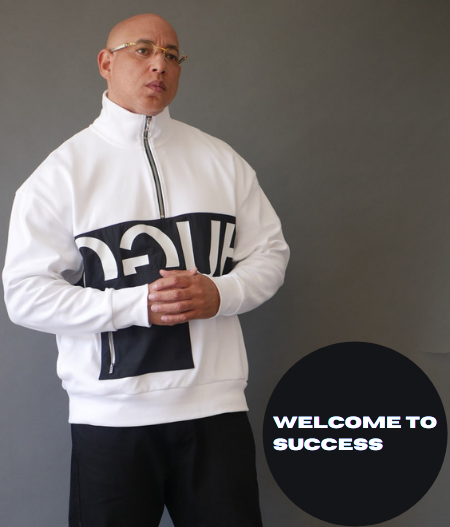 At the dawn of the internet age, there is a growing trend of people making great success despite the unusual education. The influence of formal education is starting to lessen as people try to take advantage of the resources that can be found on the internet. The popularity of the YouTubers as well as other streaming gamers and online entrepreneurs break the mold of the majority of the crowd; however, there is a great majority of people that still do find success as assisted by the background with formal education.

As such, in this list, let’s look back into some examples of people who managed to break the mold despite having no successful education. Some of the people in this have broken the mold even before the rise of the internet and some of them rose from the ground up with only a couple of hundreds of dollars in their pockets.

Dave Thomas was the founder and CEO of one of the largest fast-food chains in the world – Wendy’s. He was known for dropping out of high school to work at the Hobby House Restaurant in Fort Wayne, Indiana. He passed away in 2002 at the age of 69 and his net worth at the time of his death was noted to be $99 million.

In 1969, he opened the first Wendy’s in the market. This journey would not be easy as there are many ups and downs that he would encounter in life. When he started appearing at the hundreds of commercials that Wendy’s did for promotional purposes, people began to become familiar with him, and would soon be a household name in the 1990s.

David Green is the founder of the American arts and crafts store, Hobby Lobby, which is a nationwide chain of stores. In 2020, his net worth is estimated to be at a staggering amount of $7.6 billion. He is also known to have never gone to college, although he did acquire a high school diploma.

In 1970, he refused the opportunity to attend college to focus on his home-based business after securing a loan of a mere $600! In two years, he would make his business successful enough that he would be able to afford to open the first store of the Hobby Lobby.

Being one of the youngest people in this list, Kevin Rose is known for using the power of the internet and media to his advantage. He is known for co-founding the social media site Pownce, the news aggregator site Digg, the San Francisco multi-channel internet television network, and the mobile app development laboratory, Milk. Although he attended a portion of his computer science education in college, he would later drop out after several years.

Larry Ellison is known as a business magnate, investor, and philanthropist who is a co-founder, executive chairman, and chief technology officer (CTO) of the Oracle Corporation, which is focused on digital technology and properties. In 2020, his net worth is $78.7 billion. He is known to have dropped out of two colleges.

After building databases for the CIA, along with two other partners, he would establish Software Development Laboratories (SDL) in 1977. And in five years, this company would eventually become Oracle Systems.

As his name implies, Michael Dell is the founder, chairman, and CEO of Dell Technologies, which is considered to be one of the world’s largest technology infrastructure companies. Estimating to be worth $27.2 billion in 2020, he is ranked to be the 27th richest person in the world according to Forbes.

Like many on this list, he would attend college (University of Texas) but he would eventually drop out. In his dorm room, he would find success in the packaging and selling of computer upgrades and then establish the beginnings of Dell. And in 1992, he became the youngest CEO on the Fortune 500 list at the age of 27!

The cooking TV show star, author, and businesswoman never attended college and doesn’t have any formal training in the culinary arts. As of 2020, her net worth is known to be more than $100 million, which is impressive for someone that didn’t go to school for a culinary degree.

Similar to Kevin Rose who used the power media to his advantage, Ray launched her talk show in 2006 after making many appearances in The Oprah Winfrey Show.

Richard Branson is known as the founder of Virgin Atlantic Airways, Virgin Records, Virgin Mobile, and other Virgin brand extensions. He is a very successful man who is worth about $4.2 billion in 2020. Despite dropping out of high school at the age of 16, he managed to make an empire. He is also notable for being dyslexic and for being an academic underachiever.

To this day, Branson continues to be a beacon of inspiration to many people as he shares his experiences as an entrepreneur. He still believes in the power of education, though, and continues to discuss that the American education system should be improved to support the technical skills of entrepreneurs and empower them.

Being one of the most popular persons in this list, Steve Jobs brought the concept of the “lone genius” to the forefront of the world’s attention. He was one of the co-founders of Apple and was known to have been worth $11 billion at the time of his death. Despite graduating high school in 1972 at Homestead High School, he did drop out of Reed College.

For his brainier counterpart, Steve Wozniak is also known to be worth $120 million in 2020. And like Jobs, he did not graduate college either.

Penny for Your Thoughts?

A driven personality and a can-do attitude could propel a person’s success. While the advantages of formal education can be a roadblock to some, it is known that it can be a stepping stone for making it! You need to have the vision and the entrepreneurial spirit to go with your gut. Note that these people did not become successful on their own, the majority of them worked in teams and collaborated, and as such should be considered as well.

But always remember that the opportunities are there, you just have to have the strength to reach out and take them!