The Concept Of Chakras 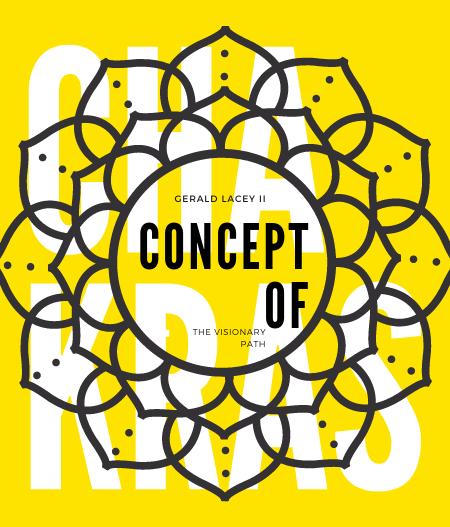 Either you picked it up by something that someone said or you’ve read a book that mentioned it in passing, you may have encountered the word “chakra” as a reference for something vague. This term is a concept that refers to the human energy that is distinct from the physical body. This refers to the mind, spirit, and soul energy of a person.

The word chakra is derived from a Sanskrit word that means “wheel”, “channel-wheels” or “cycles”. If translated from Hindi, this would mean a “wheel of spinning energy”. It is an energy centre associated with a particular body part and functions as a connection between the physical and the non-physical anatomy of the human being. Some traditions describe chakra as a spinning wheel of light, symbolizing the rotation of the shakti, which is the primordial cosmic energy of the universe.

There are many Hindu texts throughout history that describe the concept of chakras in many different ways. While the more well-known Tibetan Buddhism (the source of inspiration for the modern tantric/yoga concepts) describes four to ten main chakras in the body, there are some practices that show hundreds and even thousands of chakras. In this list, we shall be discussing the seven main chakras to easily explain the concept of this practice.

The seven main chakras align with the spine, starting at the base and running up to the crown of the head. The shakti flows continuously through the body and regulates the energy of the person through these chakra points, which correspond to the physical body, organs, psychological, emotional, spiritual states. Since the shakti is constantly flowing, it is critical that the chakras remain opened and aligned. If the person is stressed or have emotional or physical problems, these factors affect the flow of the shakti and close off chakra points, essentially causing chaos to the body of the person. This is where the body experiences problems.

As such, let’s go over the seven common chakra points and what they represent. 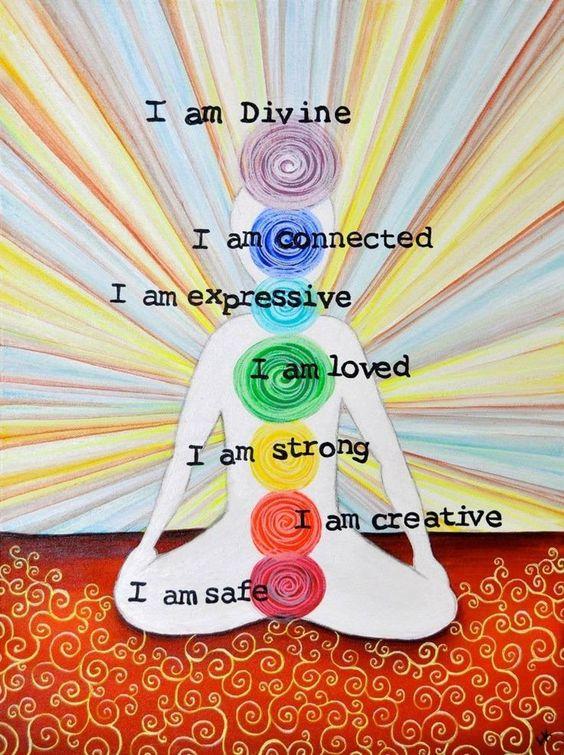 The Chakras of Matter

The first three chakras are known as the Chakras of Matter, located at the base of the spine up the navel. They have more physical associations than the rest of the chakras and are thought to control instinctual properties.

The Muladhara is also known as the base or root chakra. It is located at the base of the spine and is represented by the colour red and the four-petal lotus. It represents our foundations and feelings of being grounded. It is the chakra of stability and security. With this open, we feel safe and fearless.

The Svadhisthana is also known as the sacral chakra. It is located at the root of the sexual organs between the spine and the navel. It is symbolized by the six-petaled lotus and the colour orange. It is associated with our ability to connect with other people. It is concerned with emotion, creativity, and expression.

The Manipura is also known as the solar plexus or navel chakra. It is portrayed as a ten-petaled lotus and the colour yellow. It is located above the navel and represents our ability to be confident and in control of our life. This is the chakra concerned with emotions, personal power, and joy.

The Chakras of Connection

The fourth chakra, Anahata, is the connection between the chakras of matter and the chakras of spirit. It is the middle of the seven main chakras and unites the two areas. Located at the person’s heart, it is known as the heart chakra and the house of the soul. Symbolized as a lotus with twelve petals (called the heart-mind), it is represented by the color green. It influences our ability to love with pure, selfless love. This is concerned with compassion and harmony. Being the bridge between the body, mind, emotions, and spirit, it considered being the petal lotus of “essential nature”.

The Chakras of Spirit

The three main chakras start at the throat and go up to the top of the crown. They are known as the chakras of spirit. This focuses on the ability of the person to control mental and spiritual properties.

The Ajna is also known as the third eye or brow chakra. It is portrayed as a lotus with two petals, indigo colour (but maybe also deep blue and white), and our ability to see the big picture. It is concerned with our inner vision, intuition, and wisdom to which we should listen.

The Sahasrara is also known as the crown chakra. Located at the crown of the head, it is represented by the colour violet and the lotus with one thousand multi-coloured petals. This is the highest spiritual centre and the state of pure consciousness. This chakra represents our capability to connect spiritually. It is also concerned with information, understanding, acceptance, and happiness.

Deciding to learn more about zen and chakra is a good way to understand the flow of energy within the body. It is important that we balance all these energies and chakras so that we can achieve a sense of peace.